Before starting to write Queenie’s story, I decided to read the articles and watch the video pertaining to her rescue again.  I was reminded how difficult her life had been—long days pulling a heavy cart only to return to substandard conditions and little food.  I had to give Queenie an extra big hug (and a treat!) after again seeing her life before she became my beautiful girl. 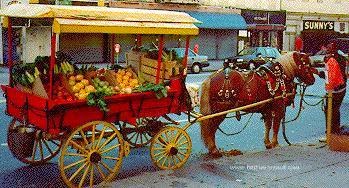 Queenie was one of 19 horses seized by the U.S. Humane Society and Days End Farm Horse Rescue (DEFHR) in November 2009.  The horses belonged to a group of Arabbers, street vendors who sold produce from horse-drawn wagons.  Arabbing is a long tradition dating back to the early 19th century.  My sister remembers seeing the carts whenever we visited Baltimore in the 1960s.

Queenie and the other 18 horses were housed in substandard conditions after their stables on Retreat Street were closed.  The Arabbers moved the horses to empty lot and erected “temporary” stables from tents.

“When we arrived at daybreak, we were hit by the smell of rotting trash, fetid water, urine soaked bedding and manure.

Rats scuttled past us, and we were forced to duck under hanging electrical wires and step over trash and debris to make our way to the tents.

Inside the tents, the scene was just as grim—horses and ponies were in small, dark stalls, standing on mounds of their own manure. With their dirty buckets devoid of feed or water, some horses made a futile attempt to sustain themselves by nibbling on manure-coated straw.

Several of the horses' feet were so grossly overgrown that they curled at the toes, while others bore the rubs and scars from harnesses and stocked, swollen legs from lengthy confinement. All were hungry, thirsty and caked with dirt.”

The article goes on to talk about how the horses responded after being moved to the DEFHR facilities.

"Within a matter of hours, the once wary and despondent horses brightened up as they were moved into clean, bright stalls with food and water. Several of the horses immediately dug into the hay and drank their fill of water, while others spent nearly an hour eating the salt licks that contain minerals essential to an equine diet.”


You can see Queenie in this Humane Society video of the rescue at 4:09.

I cried the first time I watched it knowing how Queenie and the other horses had suffered and that now they would have good care, plenty of food and water, fresh air and they wouldn’t have to pull heavy carts.

The Arabbers were allowed to regain custody of the horses after taking classes on proper horse care.  However, they gradually returned the horses to DEFHR because of the expense of housing, feeding and vetting the horses.  Queenie was returned to Days End in June 2011.

I adopted Queenie on February 28, 2012.  Together, she and I have learned so much in the past two years.  She clearly had been ridden before she came to me but she hated to be saddled, didn’t stand still at the mounting block and had poor ground manners.  Thanks to my wonderful trainer, Bob Ciri, we’ve overcome those problems and many more.  And Queenie has been incredibly patient with me as I learned to ride again after a 43-year hiatus. 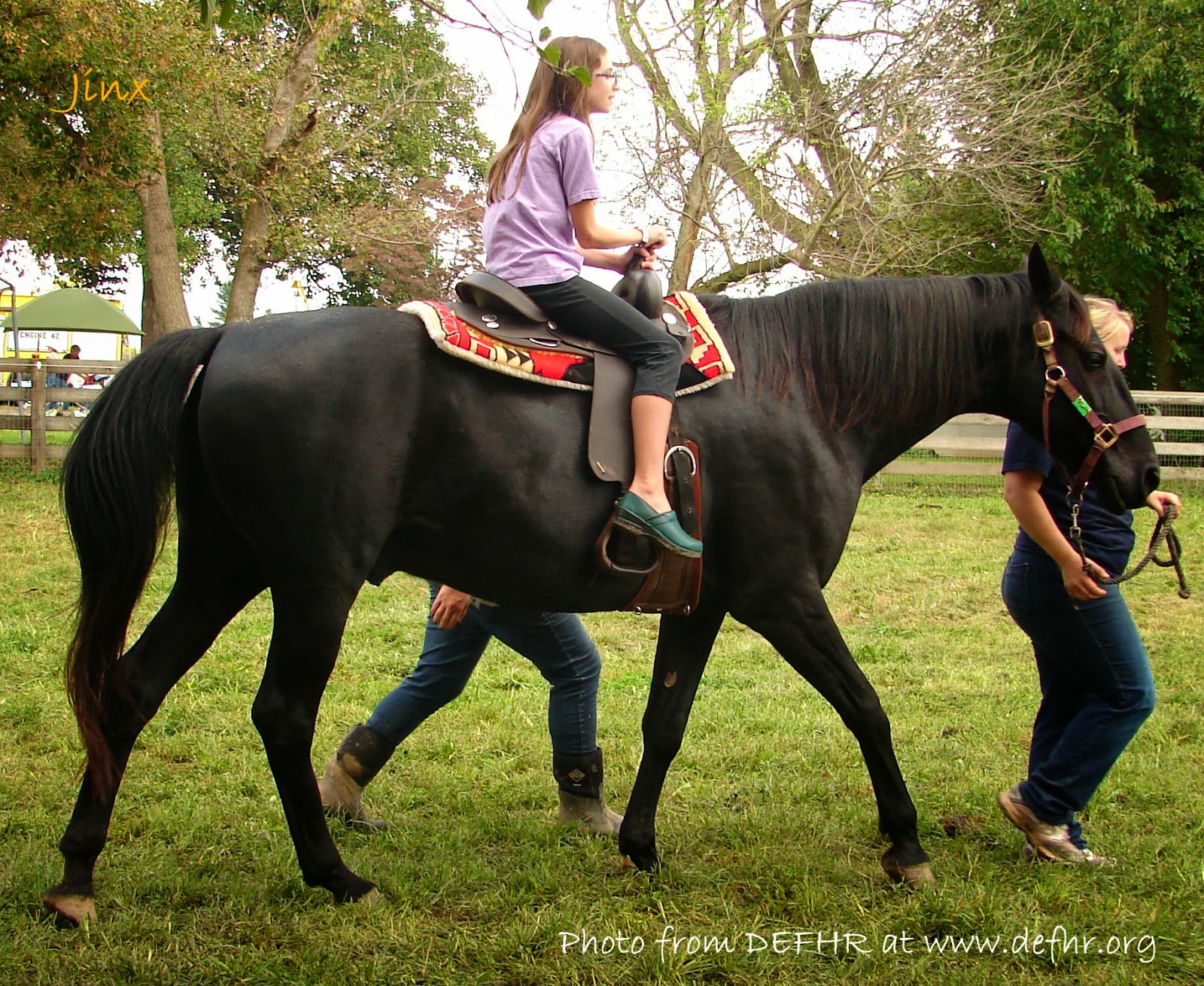 All of the Arabber horses were adopted from Days End to loving homes except Joker’s Jinx and Ziggy. Jinx is a permanent resident of DEFHR and is used for pony rides, demonstrations, etc. because of his sweet nature.  Sadly, Ziggy died in April 2013 of colic.  But he had been a much-loved program horse at DEFHR and will always be remembered for his gentleness.

I do not believe that the Arabbers were purposely abusing their horses.  Rather, I think that the horses were victims of circumstances (loss of their stable), inadequate incomes, and lack of information.  As I have learned, owning a horse is expensive and requires a great deal of knowledge about nutrition, health, and daily care.  A day does not go by without me learning something new about horses. 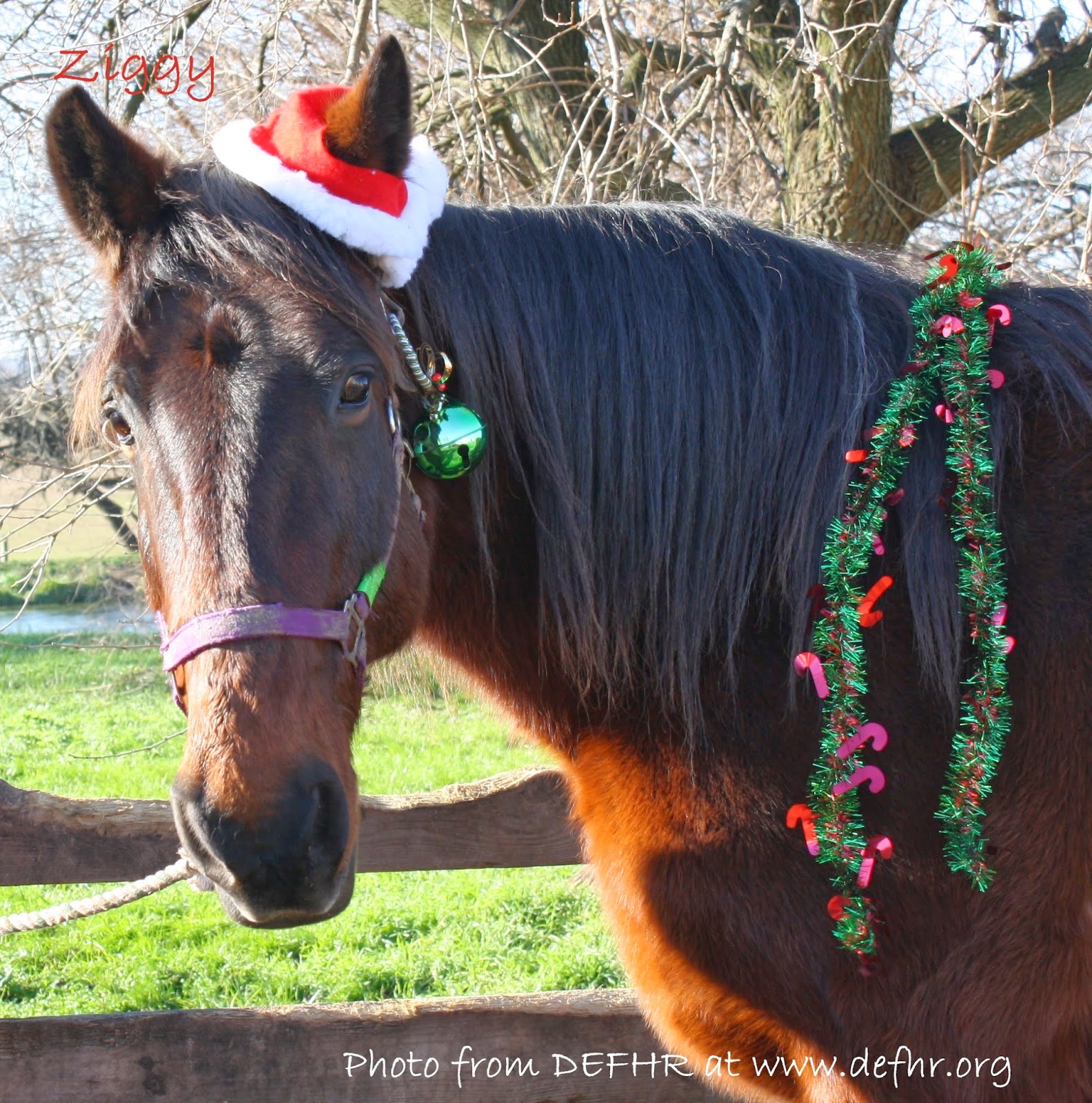 The Arabber Preservation Society is working to continue the Arabbing tradition by restoring a stable for the horses and providing other support.