A Horse is a Horse--of Course!

"Horses are born. Then they spend the rest of their lives trying to find new and interesting ways in which to commit suicide."  --Professor of Veterinary Medicine

As any horse owner will tell you, horses have an uncanny ability to injure themselves.  You can take every single precaution and a horse will come in from the pasture with a gash on a leg or a swollen eye.

And so it was that I opened the barn door on a Saturday morning expecting to see the usual empty barn aisle.  Instead I was staring directly at Queenie’s big behind. 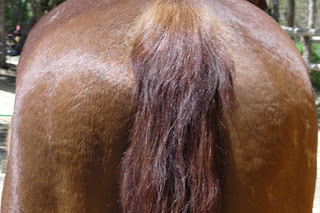 She had managed to get out of her stall and wreak havoc in the barn in her search for all things edible. 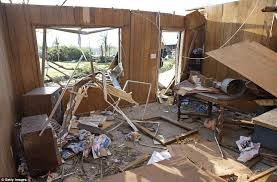 Okay, the feed area didn’t look quite this bad but Queenie had managed to knock everything off the shelves, took the lids off all of the feed cans, threw two bales of hay around (they were still tied or I’m sure she would have eaten both) and uncovered a bowl of soaking beet pulp (she ate part of it).


Given how food-focused Queenie is, she must have felt like she was in heaven. But I knew that the consequences of her gluttonous behavior could be hellish.  Depending on how much she ate, she was at high risk for founder and colic.

So there I was at 8:00 on a Saturday morning calling the vet.  I was terrified for my horse but I could also see $$$$$$!  A weekend emergency barn call, treatment, medication—yep, it was going to be a big bill.

Dr. H (I’m so lucky to have such an amazing vet) arrived within 30 minutes.  While I was waiting for her, I was trying to assess the damage—how much feed did Queenie actually eat?  It was clear that she wasn’t interested in the dry beet pulp.  And she passed on her ration balancer feed (BORING!!).

Ace and Newton get the “good stuff.”  Their senior feed is higher fat and formulated for “increased palitability.  Well, Queenie certainly agrees that it’s tasty.  I store the feed in a large Rubbermaid trash can with locking handles.  Sure enough, she got the lid off and delved into the feed. 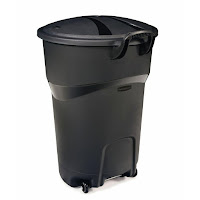 Unfortunately, I couldn’t remember when I had last filled it.  I knew I had put in 100 pounds but was it two weeks before?  In that case, she likely would only have eaten 10 pounds or so.  But if I had filled it only the week before, Queenie might have eaten 20 pounds or more.

There was simply no choice.  Dr. H was going to have to tube Queenie with a large dose of mineral oil to encourage rapid departure of the offending feed. 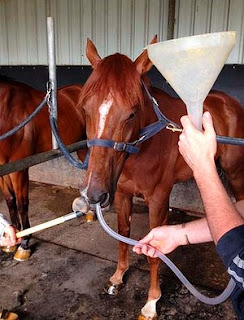 This isn’t Queenie in the photo because frankly, I was too upset and busy to take photos.  But the tubing process is the same.

The first step was to get Queenie to relax.  Dr. H tried twitching Queenie like the horse in this photo.  For the non-horsey folk, a twitch is a simple device used to relax a horse (though it really looks like a medieval torture device).  The twitch is a soft piece of cord attached to a handle or two metal tubes that squeeze together.  The rope or metal tubes are placed on the horse’s nose and twisted. 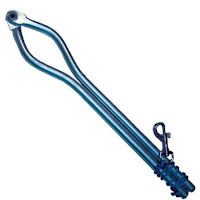 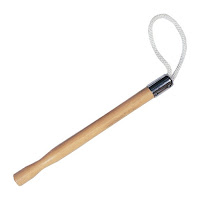 Believe it or not, twitching calms the horse by releasing endorphins as pressure is applied on the twitch. She apparently is among the 10% of horses that don’t respond to twitching.  So Dr. H sedated Queenie and placed the tube down her throat and into her stomach.  Horses can’t vomit so we needed to get the feed to exit the other end as quickly as possible.

Dr. H. added a liter of mineral oil to a bucket of water and used the nasogastric tube to send the contents of the bucket into Queenie’s stomach.  The mineral oil isn’t digested but travels through the stomach and intestines and eventually finds its way out the rear, along with all that high fat, high sugar feed.

The biggest risk from Queenie’s dining adventure was laminitis.  Again for those readers who don’t know much about horses, laminitis is a painful inflammatory condition of the tissues (laminae) that bond the hoof wall to the coffin bone in the horse’s hoof.  There’s a lot of science as to why grain overload can cause laminitis—too much to go into here.  (Which is another way of saying that science was never my strong suit and I don’t really understand all that biological stuff).

Dr. H said that icing Queenie’s feet for three days after her culinary escapade was the best way to prevent laminitis.  So I got out the two soaking boots and put them on her front hooves.  I kept Queenie in her stall for three days and ran back and forth from the house to the barn often bringing ice to make sure her feet stayed as cold as possible. 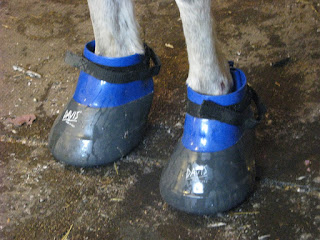 And don’t worry.  Horses can’t get frostbite in their feet.  The hard hoof capsule has insulating properties.

It worked.  Queenie came through the whole (expensive) episode with no ill effects.  Whew!
Lesson learned.  I now check that all of the can lids after every feeding to make sure they are on securely so the horses can’t get into the feed.  I double and triple check the stall guards to make sure that I latched them.  As extra insurance against Queenie’s obsession with food, I hook the stall guard AND close her stall door.

Okay, all is right in the barn.  Or so I thought.

A week after her eating binge, I was tacking Queenie up in the barn aisle.  While I went to get her saddle, she reached over and grabbed the handle of the large Rubbermaid feed can and pulled down on it.  Left on her own, I have no doubt that she would have had the lid off and her face in the can in less than a minute.

And that’s another thing about horses.  They will figure out anything that benefits them in no time.  But try to teach a horse what you want them to learn and they seem to say, “What was that?  I don't get it.  I don’t understand what you want.”

Queenie figured out how to get into the feed can after one try.  But it took me weeks to teach her to stand at the mounting block (or at least it took that long for Queenie to finally give in and start doing what I was asking). 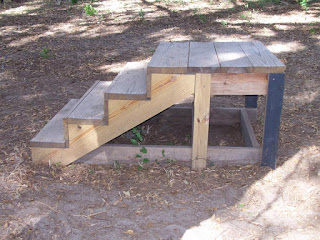 And that reminds me of another story about Queenie.  The command for Queenie to stand next to the mounting block so I can get on is, "line up."  She does it correctly on the first try about 8 out of 10 times.

Because I have a bad back, I also dismount on the mounting block.  It's also easier on the horses back.  I use the same command, "line up."  Queenie ALWAYS walks up and stands perfectly still next to the mounting block so I can get out of the saddle.   In other words, she never misses the opportunity to get me off her back!!